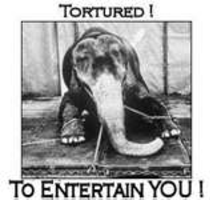 There is nothing FUN about the life of a CIRCUS ANIMAL

Animals used in Circuses are not entertainers by choice and only perform their demeaning “acts” because they must obey their trainers or suffer painful beatings. Tigers do not voluntarily jump through flaming hoops & elephants do not willingly stand on their heads, so circus trainers routinely use whips, chains, bull hooks, choke collars & electric prods to control & terrorize animals who were meant to roam free in the wild. Animals in circuses suffer further from being on the road 48-50 weeks out of the year. Crammed in narrow trailers during travel, animals are prevented from engaging in even their most basic natural behaviors. Between performances, many animals are crowded together into cages and elephants are often tethered to the ground with chains. Constant confinement and recurrent beatings cause severe physical and psychological stress and sometimes result in their death. The harsh conditions of the circus are a far cry from the lives these animals would live in their natural habitats.
Break their chains
Elephants born in the wild live in large matriarchal family groups and develop deep, lasting bonds with each other. In contrast, elephants used in circuses are typically torn from their mothers as infants, shackled with chains, jabbed with bull hooks & have their spirits broken until they obey the commands of their “masters.” This is the price animals pay for people’s amusement.
Boycott Circuses with Animals!
​Educate people about what happens behind the scenes of the circus industry. Boycott circuses that use animals. Don’t pay for their enslavement. Attend circuses such as Cirque du Soleil & the New Pickle Circus that feature astounding human acrobats, aerialists & jugglers instead of animals. If a circus that uses animals comes to your area, contact IDA or Animal Action Network for more flyers, children’s coloring books & information on that specific circus.

​“I was able to see what I call the systematic daily abuse. I was able to see the hitting of the elephants. I saw ele-phants hooked with the bull hook so much that they bled. I have seen scars behind the ears that you could stick your fingers into.”
​Tom Rider; former circus employee turned activist 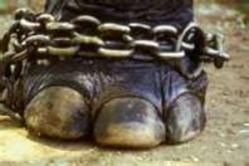 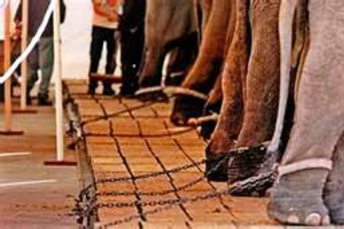 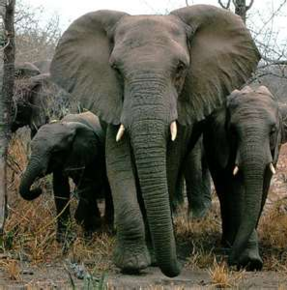 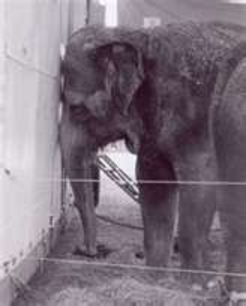 Did you know that Barnum & Bailey Circus paid the largest fine in U.S. history for ANIMAL WELFARE VIOLATIONS?

How many children would choose to go to the circus if they knew what takes place behind the scenes? The music, lights and glitter create an illusion that the animals are having fun.

But what you see is a ruse!

​Circuses claim to love their animals and treat them well, but...
(WARNING:::EXPLICIT LANGUAGE)

Help us with our Circus Billboard Campaign!
Get involved locally with Animal ACTion Network.
Find out more about important legislation and how you can help free exotic animals in circuses.