According to the EPA: Estimated 1.3 million U.S. farms currently hold livestock. About 238,000 of these farms are considered CAFOs that generates more than 500 million tons of animal waste annually. Animal waste can pose substantial risks to the environment and public health. The United States Depart-ment of Agriculture (USDA) cites a report compiled by the Minority Staff of the U.S. Senate Committee on Agriculture, Nutrition & Forestry for Senator Tom Harkin (D-IA) revealing that the 1.37 billion tons of solid animal waste produced every year in the U.S. is 130 times greater than the amount of human waste—a total of 5 tons for every human being in the country. 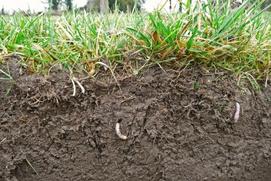