When we think about Earth’s important resources, what often comes to mind are air, water, wildlife and forests. Topsoil does not tend to be in one’s consciousness, but it is a precious resource that is not any more replaceable than air or water.  Topsoil is an essential element for growing crops and preventing flooding. en lost since the country’s.

Topsoil is being lost in many different ways, but the production of meat and animal products contributes significantly to the problem. One way topsoil is lost is through erosion by wind and water. Large grazing livestock such as cattle increase the rate of erosion by trampling and eating away the plants that were holding the soil together.

Additionally, as plants are removed the topsoil is exposed to unusual amounts of sun and heat, which can damage the roots of the remaining plants and stunt the growth of trees, leading to even more erosion.

A study in Northern California of land grazed by sheep showed zero oak saplings per acre, whereas a study of a similar acre of land that was not being grazed had 554 new saplings. Eventually, this amplified pattern of erosion has the power to turn areas rich with vegetation into desert.

Feedlots and factory farms are similarly pernicious. In the United States there are currently more than nine billion chickens, as well as millions of turkey, hogs and cows; and a 1999 Time magazine article estimated that, in the United States, livestock produce 130 times as much waste and humans.

Although animal waste can be a useful natural fertilizer, such an unnaturally large amount of waste has no natural use. Former cattle rancher Howard Lyman writes that, while running a feedlot, to save costs on transporting cattle waste his business “simply created mountains of waste inside and outside the feedlot.”

Of course, such waste attracts flies. Lyman states that chemicals had to be sprayed “constantly to fight [them].” Because little animal waste is used as a natural fertilizer, crops are sprayed with large amounts

of chemicals. These chemicals contain large amounts of nitrogen, phosphorus, and potassium but no “trace minerals such as zinc or selenium.” This not only has the potential to decrease the nutrition of crops, but it also changes the soil texture leading to more erosion.

As we aim to save the planet and conserve our resources it is important that rich healthy soil is not forgotten as a resource, for it is just as important to healthy crops as water and sunlight. Reducing or eliminating the amount of animal products consumed by humans would have enormous long-term benefits for our soil. 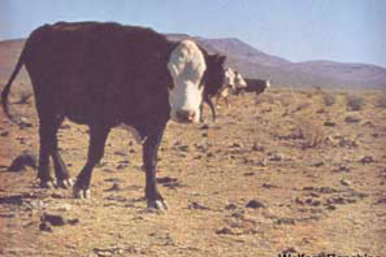 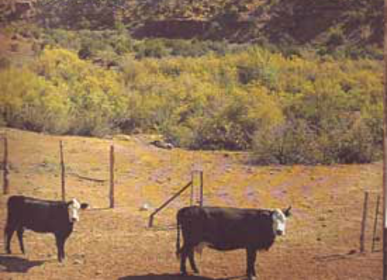 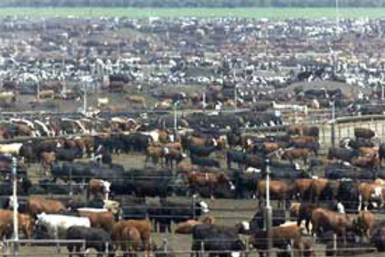 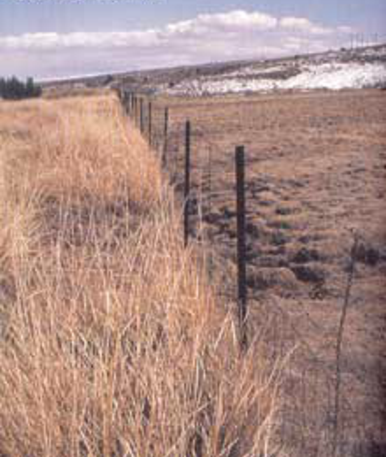 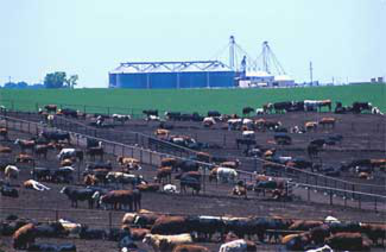 To supply food for one person who eats the standard American, meat-oriented diet for a year requires 3 times the acreage than Supplying one vegan with food for the same duration. Livestock are directly or indirectly responsible for much of the soil erosion in the United States. On lands where feed grain is produced, soil loss averages 13 tons per hectare per year. Pasture lands are eroding at a slower pace, at an average of 6 tons per hectare per year. But erosion may exceed 100 tons on severely overgrazed pastures, and 54 percent of U.S. pasture land is being overgrazed. The natural development of one inch of top-soil takes at least one hundred years (and may take up to eight hun-dred years), it is being lost at an alarming rate. In the United States, an estimated six inches of this precious soil has been lost since the country’s founding, much more than nature could have produced in such a short time. Eventually, this amplified pattern of erosion has the power to turn areas rich with vegetation into desert.