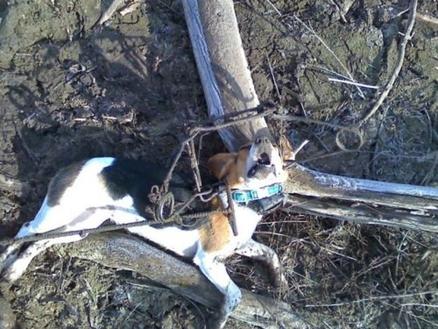 The price the animals pay must be measured in DEATHS not dollars: 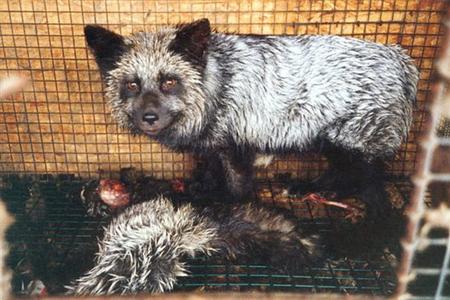 Every year, dogs, cats, birds, and other animals (including endangered species) are crippled or killed by traps. Trappers call these animals “trash kills” because they have no economic value.

Many of these animals are skinned alive!

“Fur” Animals get no relief from freezing cold, searing heat, agonizing traps, or terrifying death. We have a choice, they do not. 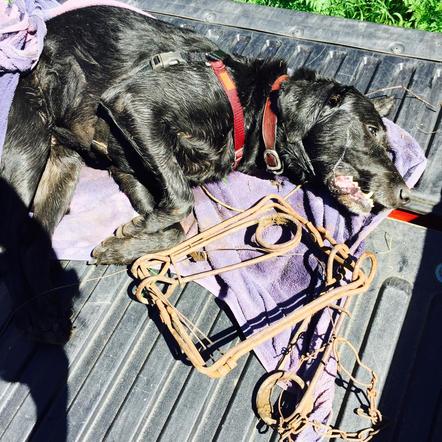 During the summer, hundreds of thousands of animals endure searing heat and suffer from dizziness and vomiting before dying of heat exhaustion. Babies succumb fastest. In the winter, caged animals have nowhere to seek refuge from freezing temperatures, rain, sleet and snow.

Caged, how they live:

Animals, mostly wildlife, who are raised to become fur coats spend their days exposed to severe weather elements in row after row of barren, tiny, urine-and-feces-encrusted cages. They constantly circle and pace from stress and boredom. Some animals mutilate themselves or cannibalize cage mates.

Animals caught in pole traps are hoisted into the air and left to hang by the caught appendage until they die or the trapper arrives to kill them. Conibear traps crush animals’ necks, applying 90 pounds of pressure per square inch. It takes three to eight minutes to suffocate in these traps. 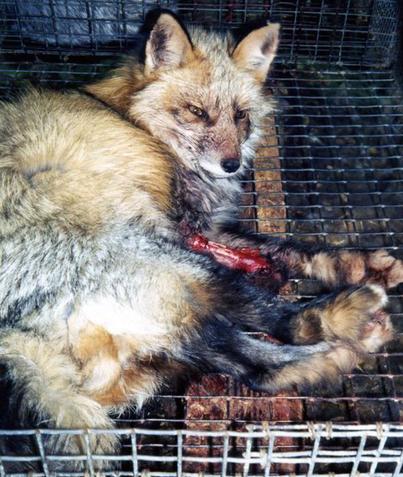 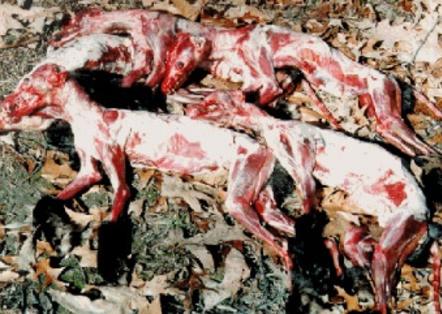 Many animals, especially mothers desperate to get back to their young, fight so vigorously that they attempt to chew or twist off their trapped limb. Victims of water-set traps, including beavers and muskrats, can take up to 20 agonizing minutes to drown. 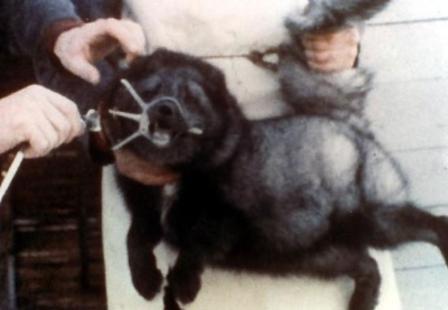 Trapped by greed, skinned for vanity:

Trappers kill 10 million fur-bearing animals with various cruel devices, most often traps that slam shut on animals’ limbs. The animals frantically struggle in excruciating pain as the trap jaws cut into flesh, often to the bone, mutilating the foot or leg. 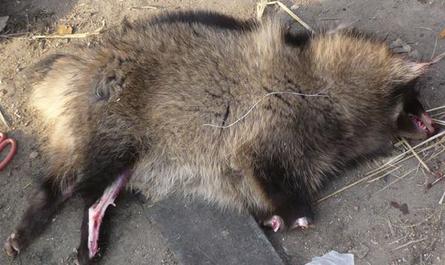